I am very sad.

It’s a sadness I’ve experienced many times before.

It’s a sadness tinged with happy memories and anxiousness about the future.

Jon Pertwee as Doctor Who

It’s a ‘Doctor Who has changed’ sadness.

As a child, I remember the horror of watching Jon Pertwee fall to the floor, dying.

I cried, not willing to let my lovely first Doctor Who go. Then, as if a miracle had occured, Tom Baker stepped out of the glowing light crysalis, a brand new kind of Doctor Who, one I loved even more than my first one – which seemed hard to believe seeing I really loved Jon Pertwee with his silver hair, old fashioned and impeccable dress sense and lovely pommy cultured voice that always filled this little girl with the sense that everything was going to be alright.

However, Tom Baker made up for the change in spades. He was fun, unpredictable and charmingly off-kilter with his long scarf, slightly oversized hat, googly eyes and curly hair, not to mention the jelly babies he always carried around in his pocket.

He seemed all a girl could wish for in a Doctor Who – and certainly Sarah Jane and all the companions who followed felt the same.

But then he changed.

I cried. And I kind of kept on crying.

While Peter Davidson and all those who followed had their own charm, they just never matched up to those first Doctor Whos I had experienced as a child, and in time, as I grew, my interest wained.

Then, when I was in my thirties, moaning the end of Buffy and Angel and any program that seemed worth watching (there was just too much reality TV around and not enough scifi/fantasy!) along came a new Doctor Who.

Christopher Eccleston as Doctor Who

I tuned in with much tentativeness, but I was quickly delighted by this new take on an old classic that held so many wonderful memories from my childhood.

Christopher Eccleston was the perfect choice for a new Doctor Who, and the companion they chose, Rose Tyler (played by the wonderfully real Billy Piper – a girl with a realistic body and attitude that any girl could be happy to emulate) were just perfect. The situations they got themselves into were bizare and zany, but in that Doctor Who way that made you hang with every incredulous moment, laughing and gasping out in wonder and terror and crying out for more.

Then the change came.

And I was sad just like I’d been when I was a child.

But that sadness didn’t last because just like when John Pertwee turned into Tom Baker, Christopher Eccleston turned into the wonderfully crazy, scarily serious and  yet somehow incredibly sexy, David Tennant Doctor Who.

What a revelation he was. I loved him and his crazy zany slightly unhinged Doctor. He was the Lonely Doctor. The Angry Doctor. And he was mesmerising. I hung on his every over-pronounced word. I cried when he lost Rose – the only companion Doctor Who had ever fallen in love with. He had loved other companions, but never in a ‘I want to have a relationship with you’ kind of way. It showed a whole other side to Doctor Who, who had always seemed somehow sexless in regards to the relations between men and women. Oh, I know some of you will cry, ‘what about Romana?’ But there was more sexual tension between Doctor Who and his Tardis than between Romana and him. There was possibly some sexual tension between some of the other Doctors and their companions that I didn’t watch and so never saw. But I can’t believe that was anything like what he had with Rose.

His next few companions, Martha Jones and Donna Noble were just what he needed after his heartbreak and it was lovely to see a kind of resolution happen for that love story toward the end of the David Tennant Doctor Who’s reign, although what happened to Donna was a different kind of heartbreak that still makes me sad. (And don’t get annoyed because I’m ignoring the male companions – Micky Smith and Captain Jack Harkness have their own place in my heart, but Doctor Who never loved them and they weren’t with him continuously like the female companions were (and later Rory). And the whole Captain Jack/Doctor Who relationshipe is an entire other blog!)

Then came the change.

And I cried. Big tears of sadness and despair because I was absolutely certain there could never be another Doctor like David. It seemed like it was going to be the Tom Baker scenario all over again.

But then…wow…the incredibly youthful and optimistic Matt Smith Dr Who filled my screen with an entire new companion who he first met as a child. I sat up and smiled, and chuckled a bit and wiped those tears away and settled in to fall in love with this Doctor too.

The whole Amelia Pond, River Song, Rory Williams story set over 3 astonishing series just thrilled through me, and while I could never love a Doctor as much as I loved David Tennant (yes, he had even upped Tom Baker by a small degree, because he spoke to something in my female adult self that Tom Baker never would or could because I met him as a child) I still loved Matt Smith’s Doctor Who. He was the fun loving brother Doctor Who that could still show a shockingly serious side when his friends or those under his protection were at threat. It was heartbreaking when Amy and Rory left and the Doctor could never see them again. But he still had River. And he had his impossible girl, Clara Oswald.

I like Clara as a companion, although there was always something not quite ‘there’ with their partnership and I think that’s because she was hired to truly match up with a new Doctor. A Doctor who wasn’t supposed to be after the revelation of the War Doctor in ‘Day of the Doctor’. The Impossible Girl with the Impossible Doctor Who.

In a lead up to this new partnership, the Doctor actually grew old. We’d not seen a truly old Doctor Who since the very first and it was shocking and wrong seeing it was the incredibly youthful Matt Smith Doctor we were seeing grow old, yet because it was him, it was still action packed and powerful. And sad. So terribly sad. Because we knew the change was coming.

And so it did, just the other day.

I’m yet to see if I will be swept from my sadness into a new era of impossible stories, action and companionship as I am swept along the next chapter in the journey of Doctor Who. Personally I think Peter Capaldi looks like he could be a great Dr Who and his introduction was suitably quirky and the little flashes of a scarily determined Doctor Who we had of him in the ‘Day of the Doctor’ special certainly showed promise.

So, I am still sad at the passing of another great Doctor Who, but hopefully optimistic about the future. However, as with all the other Doctor’s that have passed before, I will miss Matt Smith and his cheery, boyish gawkiness that still managed to be adult and scary when needed.

RIP Matt Smith’s Doctor Who and all his companions. You will be missed.

2 Comments on “Saying Goodbye to Doctor Who”

Sign up to my newsletter and get your free ebook today!

Get a free ebook copy of Witch Bound

Simply sign up to my newsletter to get your free ebook as well as exclusive content, news, sales and giveaways. 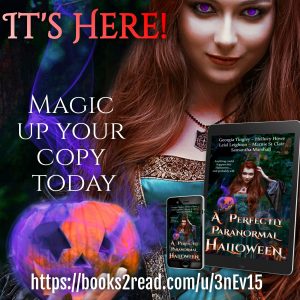